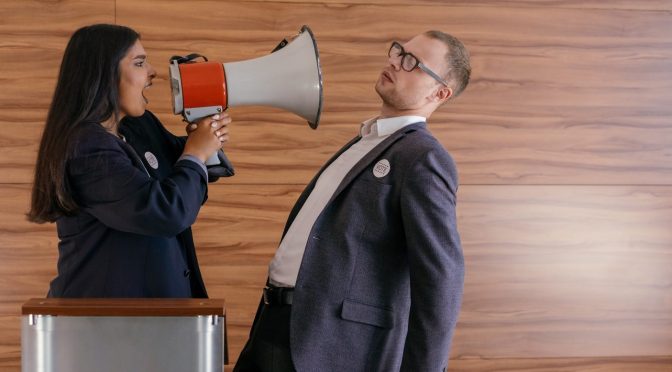 Here is a wonderful article on safe spaces at UK universities.

Copy and past please.

In a collection of essays about students’ unions, Prof Dennis Hayes accused the student voice of being “censorious”

The student voice “is often a censorious” and creates a “chilling atmosphere on campus”, a Derby University professor has alleged as he argued that higher education “cannot be a safe space from difficult and unsettling ideas”.

In a collection of essays published today (Thursday 5 August), Dennis Hayes, professor of education at the University of Derby, claimed: “Often people argue that the university should be a safe space for discussion. But that is not what ‘safe space’ means today. It means a place where ideas that are deemed unacceptable by the emotionally offended can be excluded.

“But that is not a university. A university cannot be a safe space from difficult and unsettling ideas, and universities should have made public their commitment to open debate and discussion to challenge such ideas.”

The collection of 13 essays published by the Higher Education Policy Institute (Hepi), written by a variety of contributors – including a vice-chancellor, former student union officers, and a policy expert at Advance HE – discuss how universities can “listen to students and […] act on what they say”.

“In the press and on social media, the students’ voice is often a censorious voice,” Prof Hayes wrote. In language that echoes ministerial statements on freedom of speech in students’ unions, he added: “The overall effect is to create a chilling atmosphere on campus.”

The 70-year-old Derby academic wrote that the National Union of Students (NUS) first “no-platformed” political groups they disliked in the 1970s, which he contrasted with their contemporary successors, who pursue “attempts to censor almost anything that students find offensive”.

Prof Hayes is the founder and director of the campaign group Academics For Academic Freedom.

Recalling a student who claimed the content of a seminar harmed their mental health, Hayes alleges that “therapy culture” is responsible for students who view education as “emotionally damaging”. Instead, “students should leave their safe spaces, managerial committees and destressing programmes and get back to raising their traditional voice,” he argued.

Prof Hayes said “sillier” student union campaigns, like that against the 2013 pop song Blurred Lines, “make the student voice seem infantilising and wacky” – but others “stop the discussion of important issues” and “represent fear of intellectual challenge and change”.

A recent campaign at the University of Oxford to remove a picture of the Queen from their common room was “an example of how the once-radical student voice now calls for a retreat from reality”, he maintained.

Prof Hayes argued a “culture of victimhood has arisen because students have had years in schools with a therapeutic ethos that seeks to avoid any emotional upset or offence”. He said it was ordinary for freshers to expect to feel nervous and excited, before criticising attempts by university managers to “adapt to [that] sense of vulnerability”.

In defence of the student voice today

Other contributors to the collection of essays were much more optimistic about the role – and tone – of student voice. Prof Graham Galbraith, the vice-chancellor of the University of Portsmouth, wrote that students “challenge us and make us innovate and change”.

“University life is almost unrecognisable from my days as an undergraduate and much the better for it,” he continued. The National Student Survey is “a key driver” of this change, Galbraith opined, offering “the only opportunity for a consistent and coordinated voice for students”. Galbraith said it was “therefore astonishing that the government wishes to reconsider its use and might even consign it to history”.

“The evidence shows that the NSS does not dumb down but more often than not is used by students to highlight their desire for greater challenge, more demanding teaching content and better, more interesting and more relevant teaching experiences,” the Portsmouth vice-chancellor concluded.